We appreciate all the hard work our "alumni" have done!

Sophia Pappalardo is from Rochester, New York, home of the "Garbage Plate," and the greatest grocery store ever: Wegmans.  She received her bachelor's degree from American University in Washington, D.C. During her time at American, she actively boxed with the Georgetown University Boxing Club and studied abroad in Havana, Cuba.After graduating, she took two years off before beginning law school at Wake Forest University School of Law. During her time off, she worked, volunteered as a Court Appointed Special Advocate with CASA of Rochester, NY, and played a lot of USTA tennis.

Since starting law school, she joined the Wake Forest Law Review executive board, the Latino Law Student Association executive board, the AAJ Trial Team, and the Black Law Student Association. She is also the project co-coordinator for the Know Your Rights pro bono project, which teaches community members about their rights when interacting with the police. She is looking forward to a great summer learning about business and employment law before returning to Winston-Salem to complete her final year at Wake Forest.

Parks Noyes joined the Vennum PLLC team during summer 2019 as a rising 2L at Wake Forest University School of Law.  He was born and raised in Wilkesboro, North Carolina, but now calls Charlotte his home.  Since starting law school, he joined the Wake Forest Journal of Business & Intellectual Property Law, Business Law Society, and Phi Alpha Delta Law Fraternity, among other organizations.  He is also an Admissions & Alumni Ambassador for the law school.  He received his bachelor's degree from Wake Forest University, and he is looking forward to becoming a "Double Deac" once graduating from law school.

Parks is an avid sports fan and spends his time cheering for the Carolina Panthers, Charlotte Hornets, Demon Deacons, and Atlanta Braves.  In his free time, he enjoys hiking and exploring Charlotte with his dog and his girlfriend.  He is interested in pursuing legal opportunities in real estate or business/corporate law upon graduation. 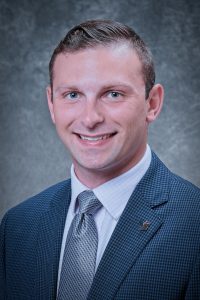 Vennum PLLC hit the law clerk lottery in Spring 2019 when we talked Mac Doughtery into working with us. Mac is a recent graduate of Wake Forest's JD/MBA program, meaning he was basically trained as the business law equivalent of a ninja. When his demanding job gets to him, Mac unwinds by playing golf. He created the Wake Forest School of Law Golf and Racquet Club to promote wellness and provide students with the opportunity to learn golf and tennis. Mac says he was thrilled to be a member of the Vennum PLLC team because he helped entrepreneurs fulfill their dreams. Don't let it go to his head, but we were thrilled to have him!

While Mac worked at Vennum PLLC, he immersed himself in business law, engaging in legal research and meeting each new issue with a smile. He delivered well-reasoned briefs in the time it would take a normal person to locate the first case. Since graduating in May 2019, Mac will sit for the North Carolina Bar and then clerk with the Honorable Philip Berger, Jr. on the North Carolina Court of Appeals. (I know, right? We are so incredibly proud, but also a little envious that the Court of Appeals made him an offer before we could.) We will miss you, Mac!